Samsung's NX1 was their flagship model and one that deservedly gained a lot of praise from reviewers and photography enthusiasts. It came in an APS-C format and with a back illuminated CMOS sensor. At the time, it had the highest pixel count of any compact system camera in the world. The use of back illumination with the sensor (making it larger) was also ground-breaking technology. The NX1 also utilised innovative micro-lens technology that meant that noise was reduced and performance in low light was especially strong.

If the innovative approach to sensor technology wasn't enough, the NX1 also boasted a processing engine faster than anything else around too. With a maximum continuous shooting rate of an incredible 15 frames per second, it was no surprise that the NX1 was so highly regarded.

Sadly, in what proved to be both a surprise and a great disappointment to many photography enthusiasts when the announcement was made, Samsung have now withdrawn from the UK camera market. It was a shock because the NX1 had been so highly thought of. In addition, Samsung had followed up it up with the NX500. This was a camera model that used the same sensor as the NX1, but in a more compact (and cheaper) model.

When a series or range is discontinued it obviously causes concern. People are naturally worried that the level of support available will reduce or disappear completely. And for any technology that might involve software updates, these will no longer occur. However, although some people might be a little cautious because of Samsung's withdrawal, this should not deter you from considering second hand Samsung cameras.

The internet is awash with help and advice and any questions you have about any photography product generally get answered online. When a search for second hand Samsung cameras is likely to reveal the likes of the Samsung NX1 and NX500, it is a search that is worthwhile. 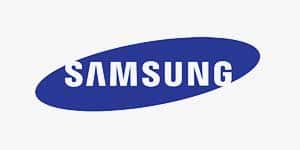